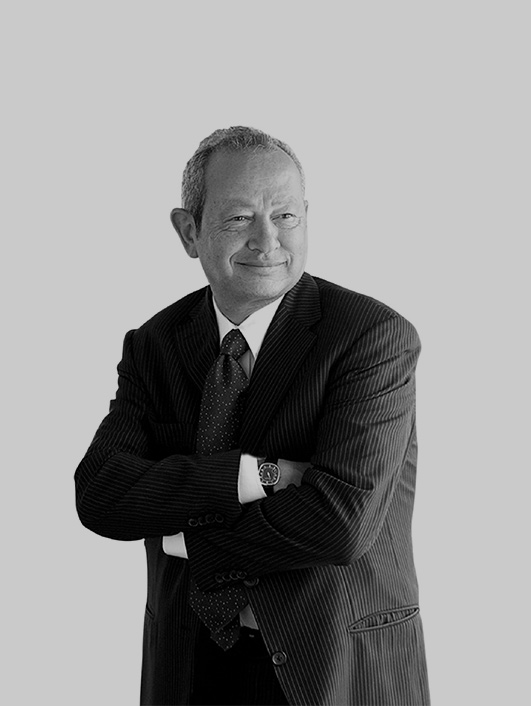 Naguib Sawiris has been described as one of the most influential business people of his generation. Widely respected for his work in the telecoms sector, his vision and insight has helped create a number of world-class businesses. His leading roles range from establishing Orascom Telecom Holding (OTH), which he sold to VEON to create the world’s sixth largest telecommunications firm, to heading up market-changing companies in the financial services, energy, agri-industries, logistics and real estate sectors.

Mr. Sawiris is also Chairman and CEO of Ora Developers, a leading developer of exclusive real estate in a selection of prime – as well as new and emerging locations – around the world. He uses his inimitable business ability to identify and open up development areas in countries including Grenada, Cyprus and Pakistan to envisage, plan, create and construct the highest quality luxury living environments in unique locations that work in harmony with the beauty of their natural surroundings. He has extensive experience of consulting for the International Advisory Committee to the New York Stock Exchange (NYSE), the International Advisory Board to the National Bank of Kuwait, the London Stock Exchange Group’s Africa Advisory Group, the External Advisory Council to the Global Institute for Advanced Study at NYU, and of sitting on the Boards of the Trustees of Nile University (NU), the French University in Egypt (UFE) and the Arab Thought Foundation.

Mr. Sawiris is also the recipient of numerous honorary degrees, industry awards and civic honors, including the ‘Legion d’Honneur’, the Honor of Commander of the Order of the ‘Stella della Solidarietà Italiana’ and the prestigious ‘Sitara-e-Quaid-e-Azam’ award in Pakistan. He holds a diploma of Mechanical Engineering with a Masters in Technical Administration from the Swiss Federal Institute of Technology Zürich (ETH Zürich) and a Diploma from the German Evangelical School, Cairo, Egypt.