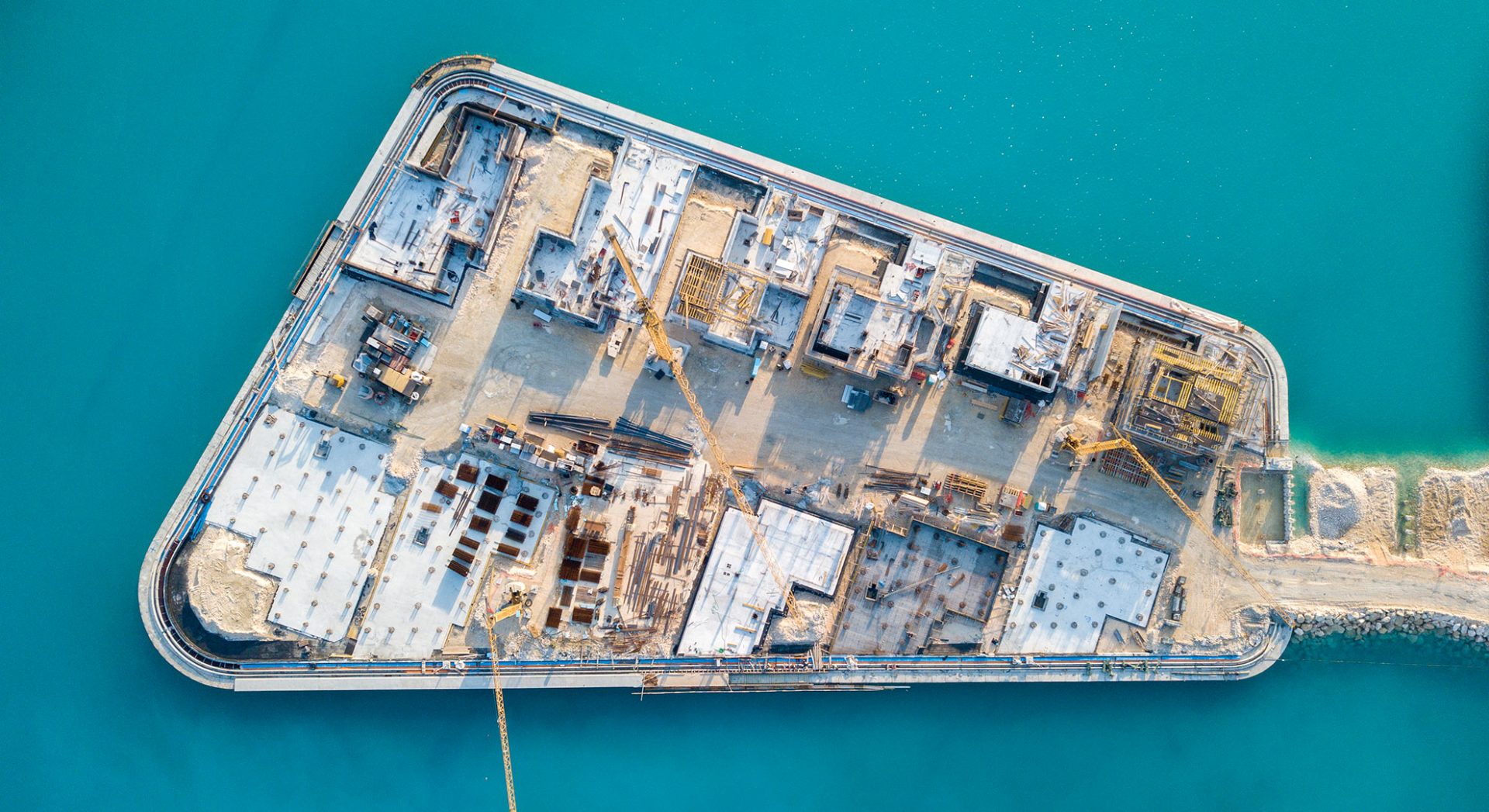 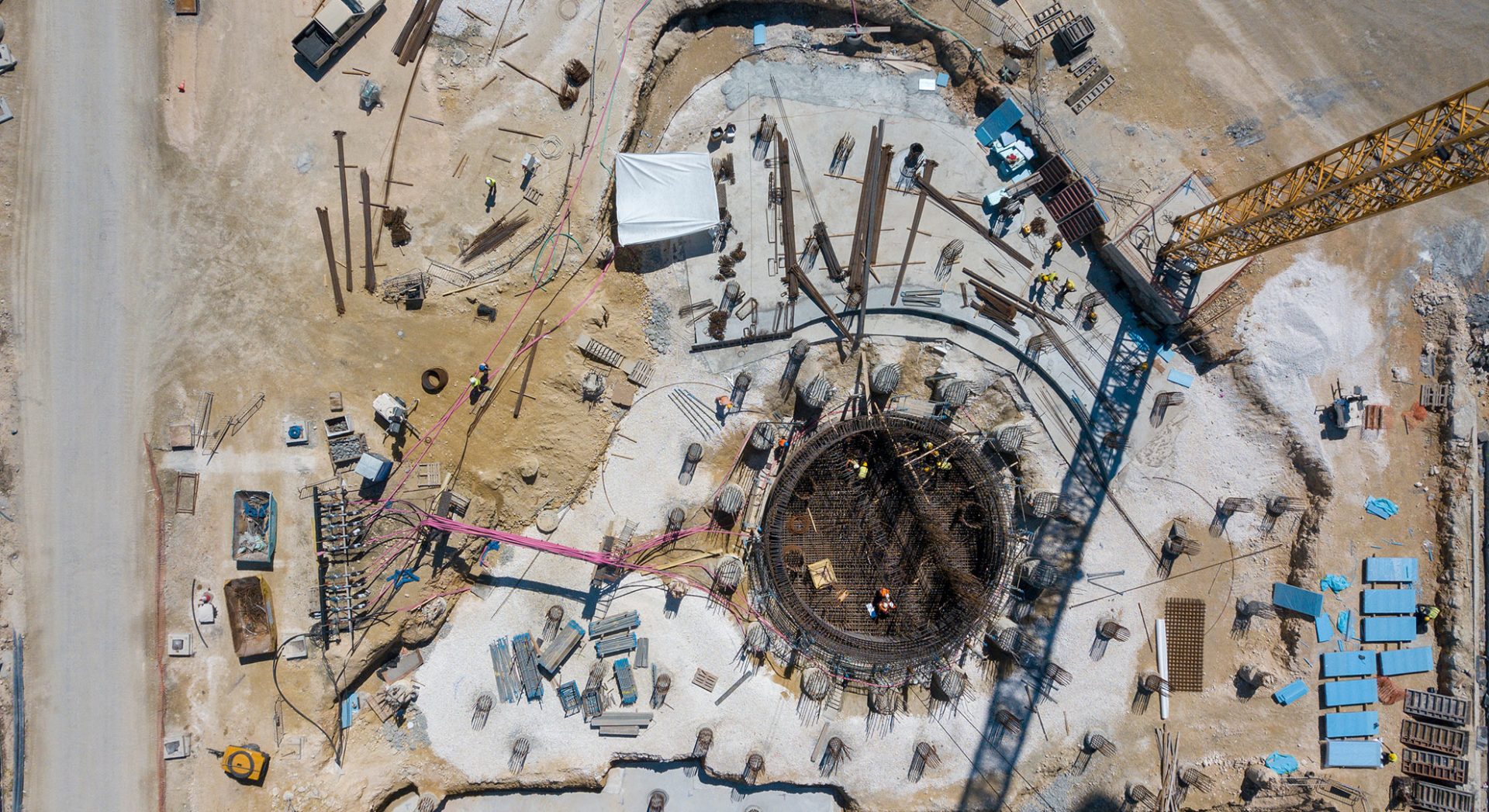 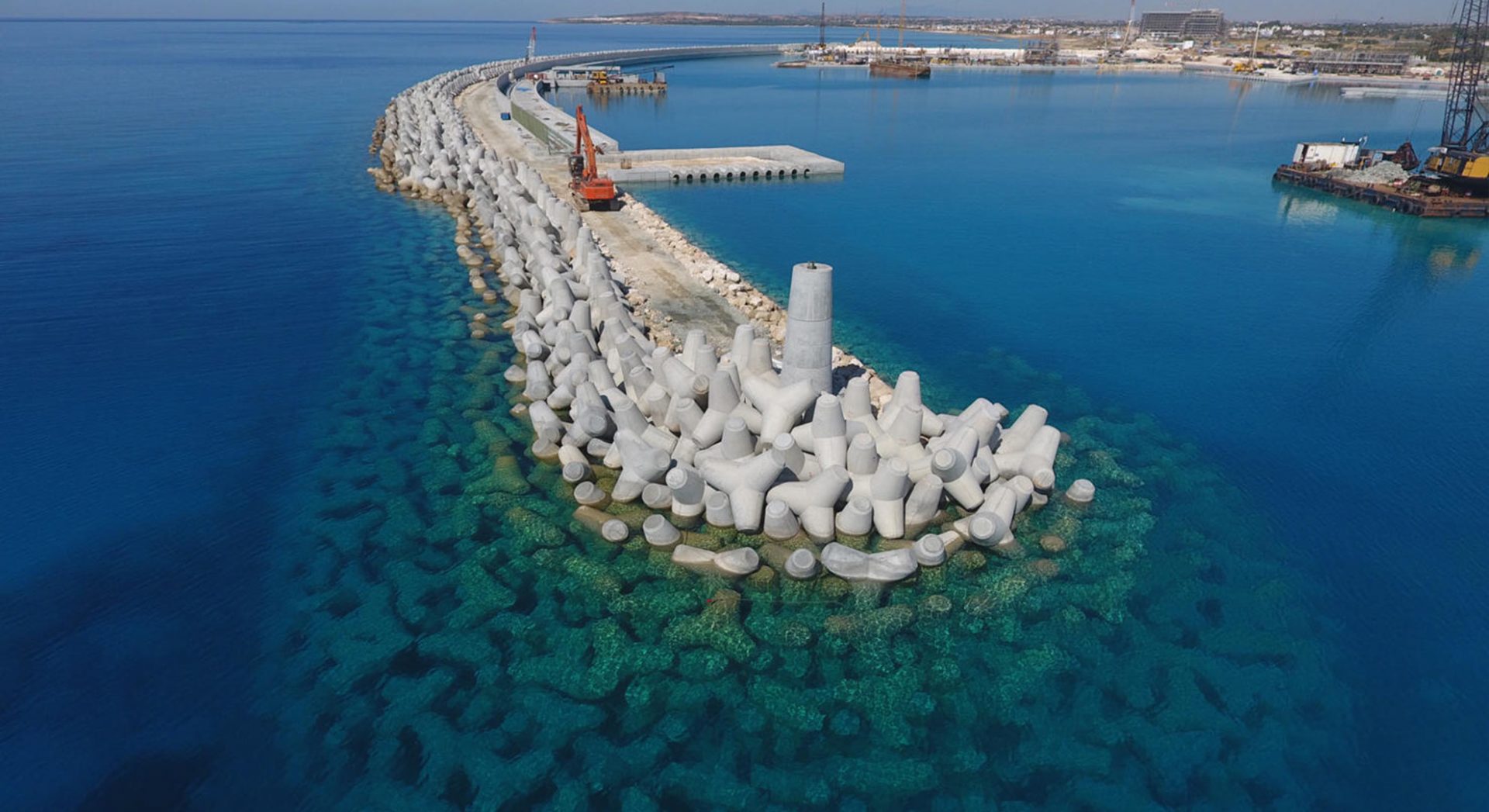 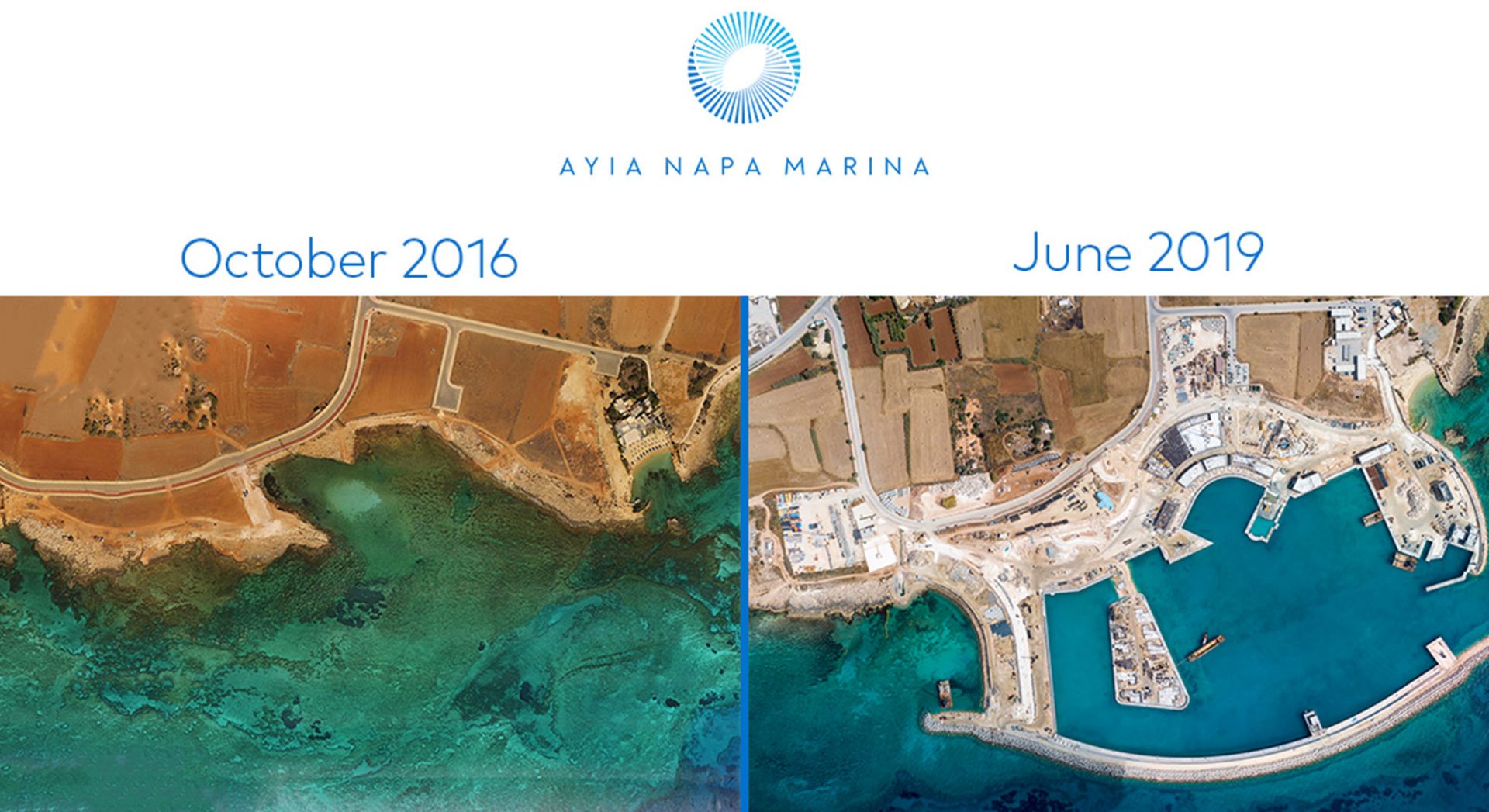 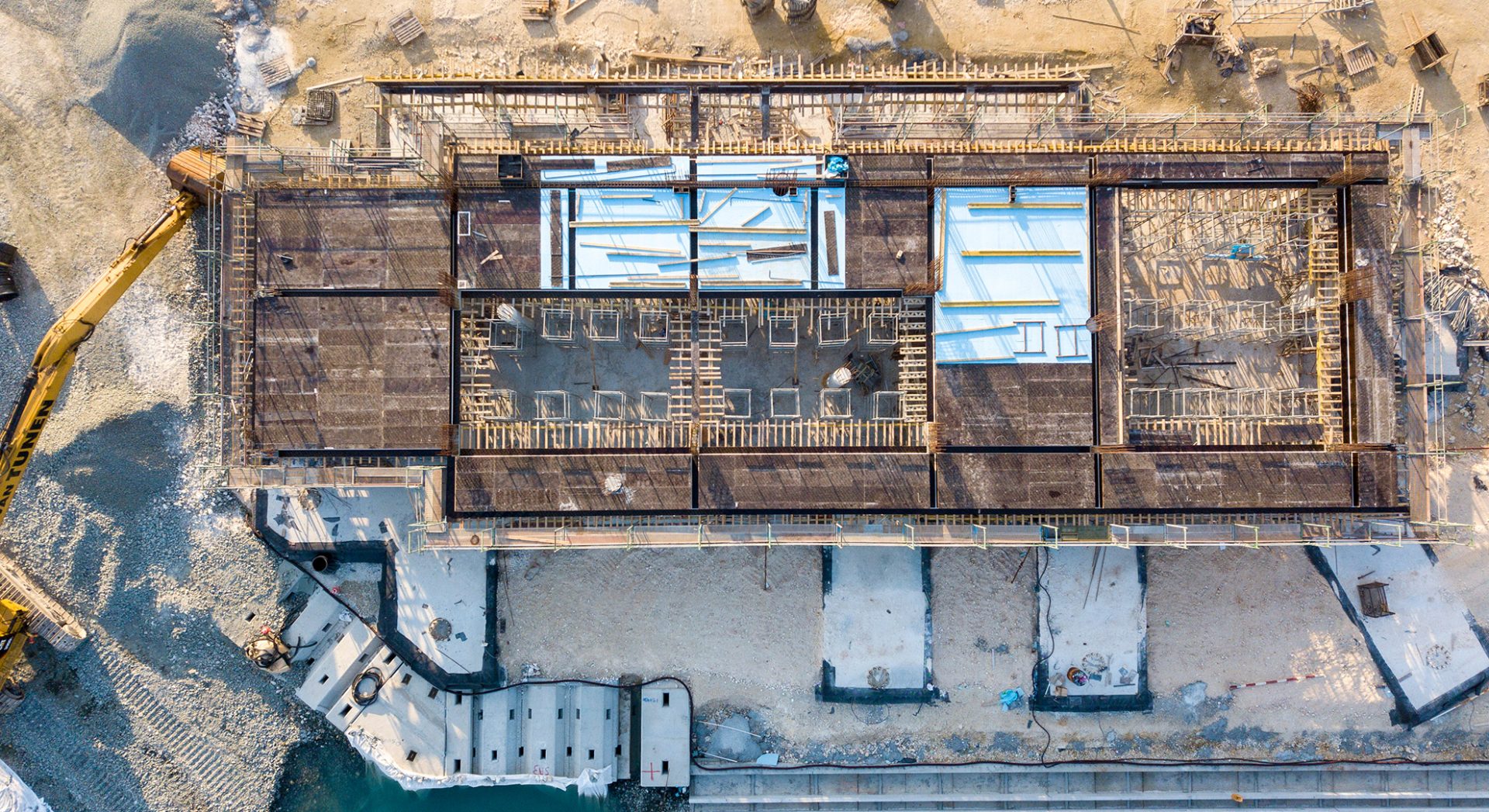 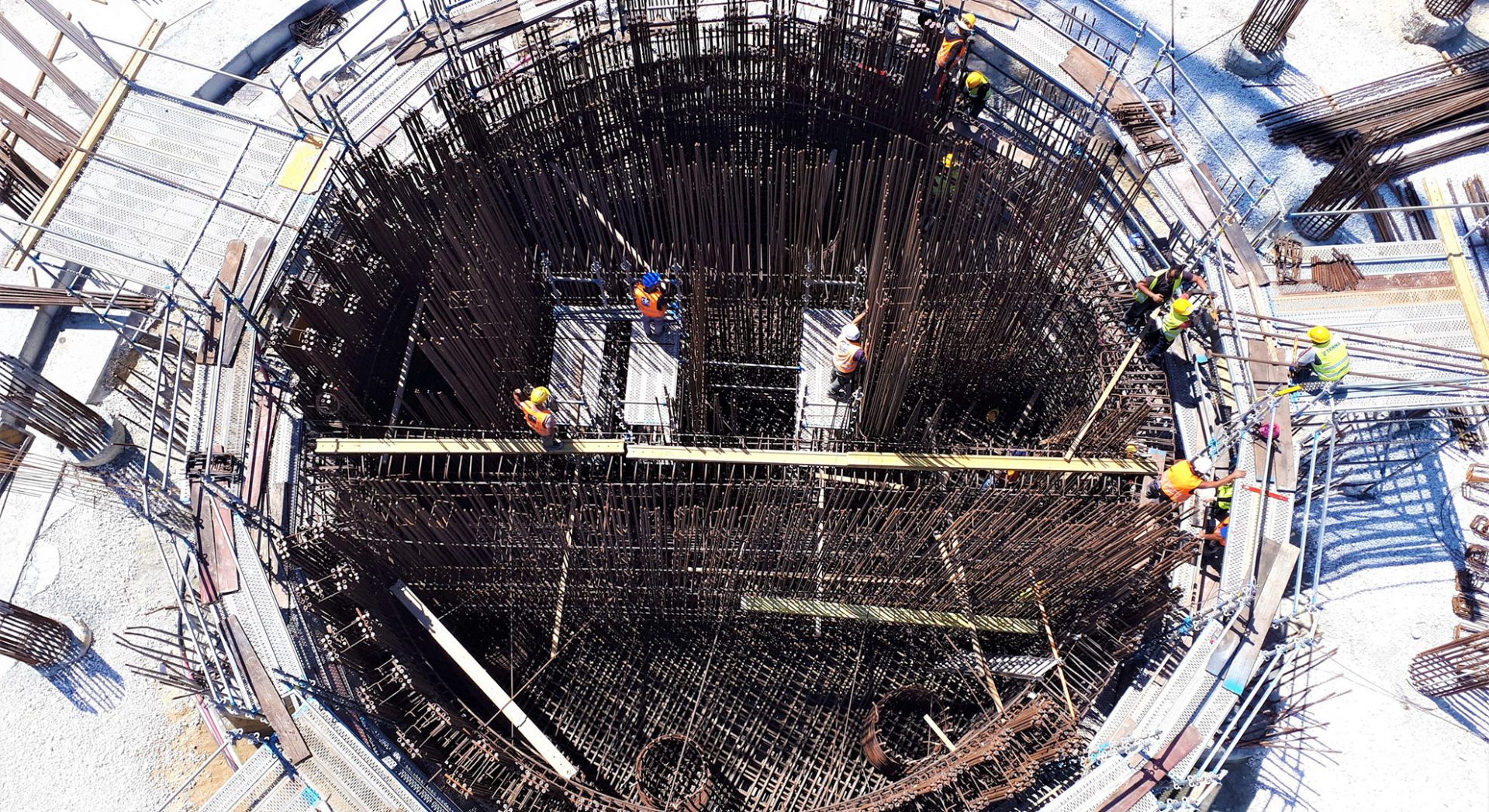 1 6
НАЗАД
ВПЕРЕД
May has been a month of significant work for Ayia Napa Marina.

The first phase of the project, which includes the infrastructure and marine works nears its end. Specifically, the geotechnical works (reclamation and dredging) have been completed around the project and the marina basin.

The work on the south breakwater – about a kilometre long – are proceeding with a fast pace. The work will be completed by the installation of the remaining pre-cast concrete units. Additionally, the progress of the geotechnical works has enabled the construction teams to proceed with creating the road network around the project.

The construction of the essential buildings, such as the governmental and harbour master buildings, which are also included in the first phase of the project, has progressed significantly, making the them clearly visible on the project’s area. Progress has also been made on the boat yard and the boat maintenance building, which will play a key role in the operation of the marina.

The progress of phase two, which concerns the residential and commercial units is now easily identified, with the commercial area (which will include food & beverage and retail shops) being constructed up to the first floor. The blockwall around the project has been extended onto the platforms that will support the Event Centre and Yacht Club, defining the final shape of the marina’s centre. 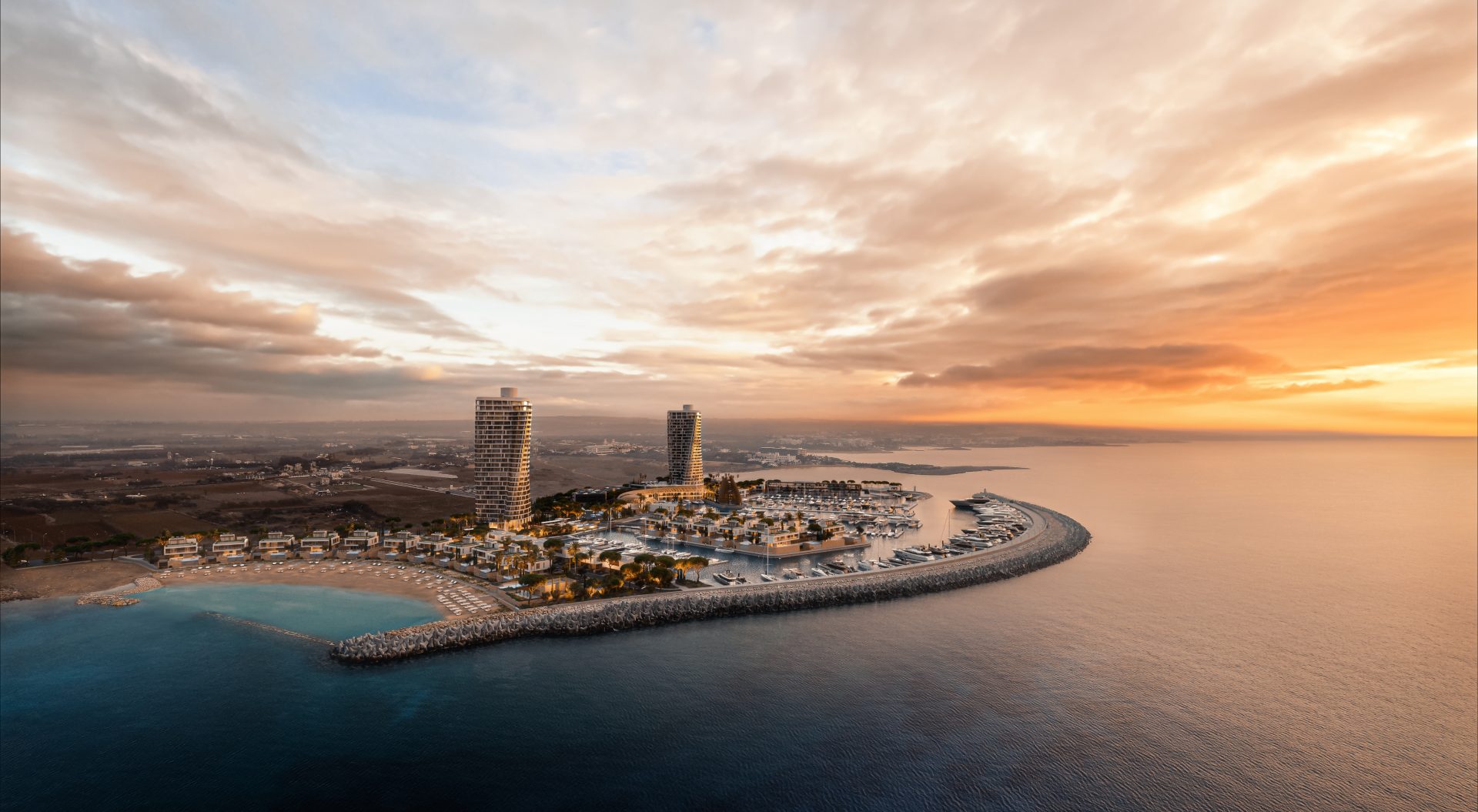 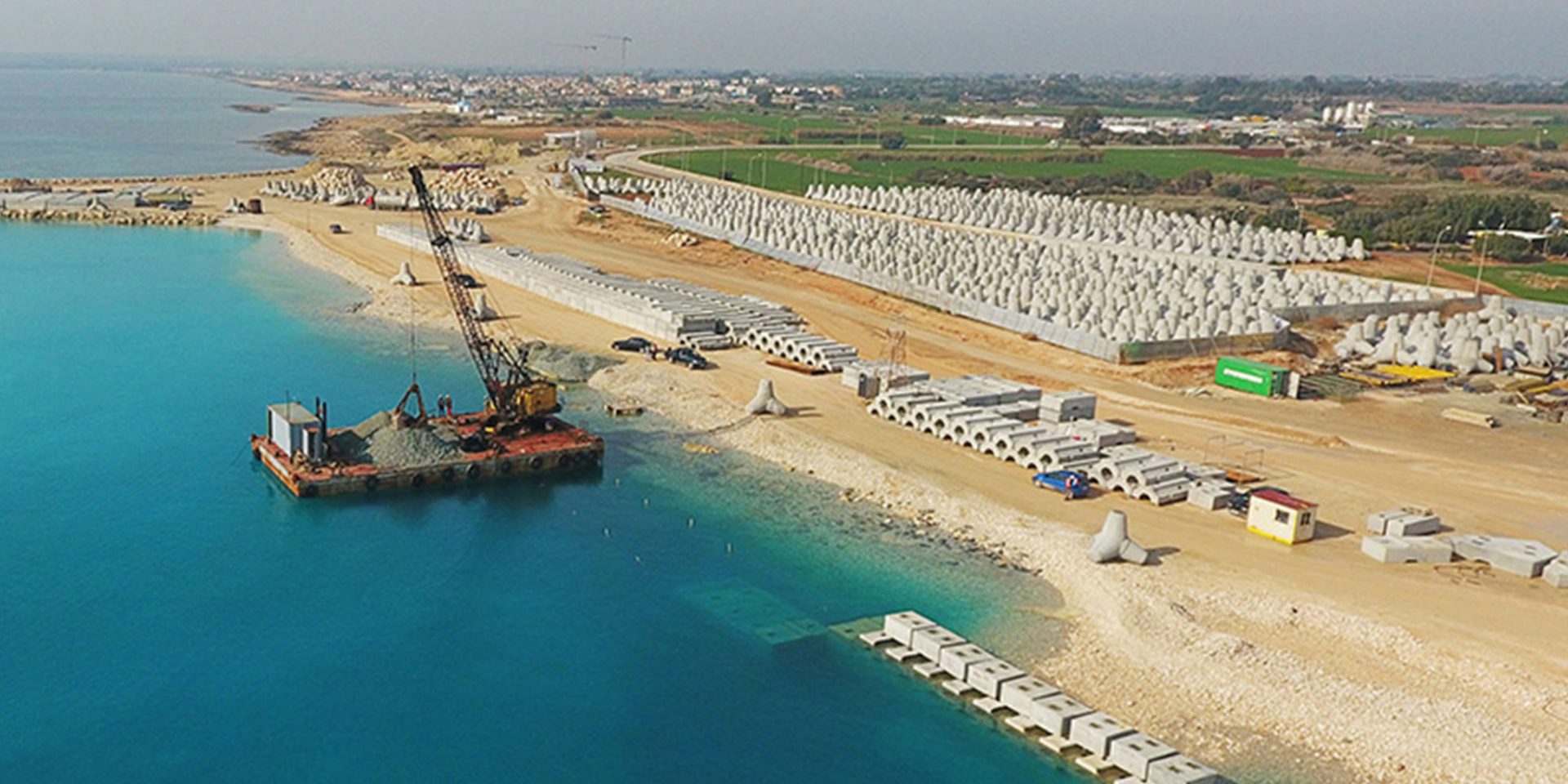